Are you one of those people who was fairly fit at school but gave up exercise when you left?  Going to college for the first time brings many changes. It’s easy to fall out of the habit of keeping fit and you may find yourself gaining weight through poor diet and nights out in the student bar.

It’s something which could easily have happened to Irish athlete Thomas Barr. The 25-year-old from Dunmore East in Waterford, was brought up playing sport and had always excelled at athletics. But he’d got to a stage where he felt he wasn’t progressing.

“I was stuck at regional level and considering giving up athletics altogether around the time I started college,” explains Thomas, who attended the University of Limerick where he studied mechanical engineering.  It was his parents Tommy and Martina Barr who persuaded him to keep at it. “They encouraged me to keep training for one more year,” he says. “I agreed… and well I haven’t looked back since,” he laughs. 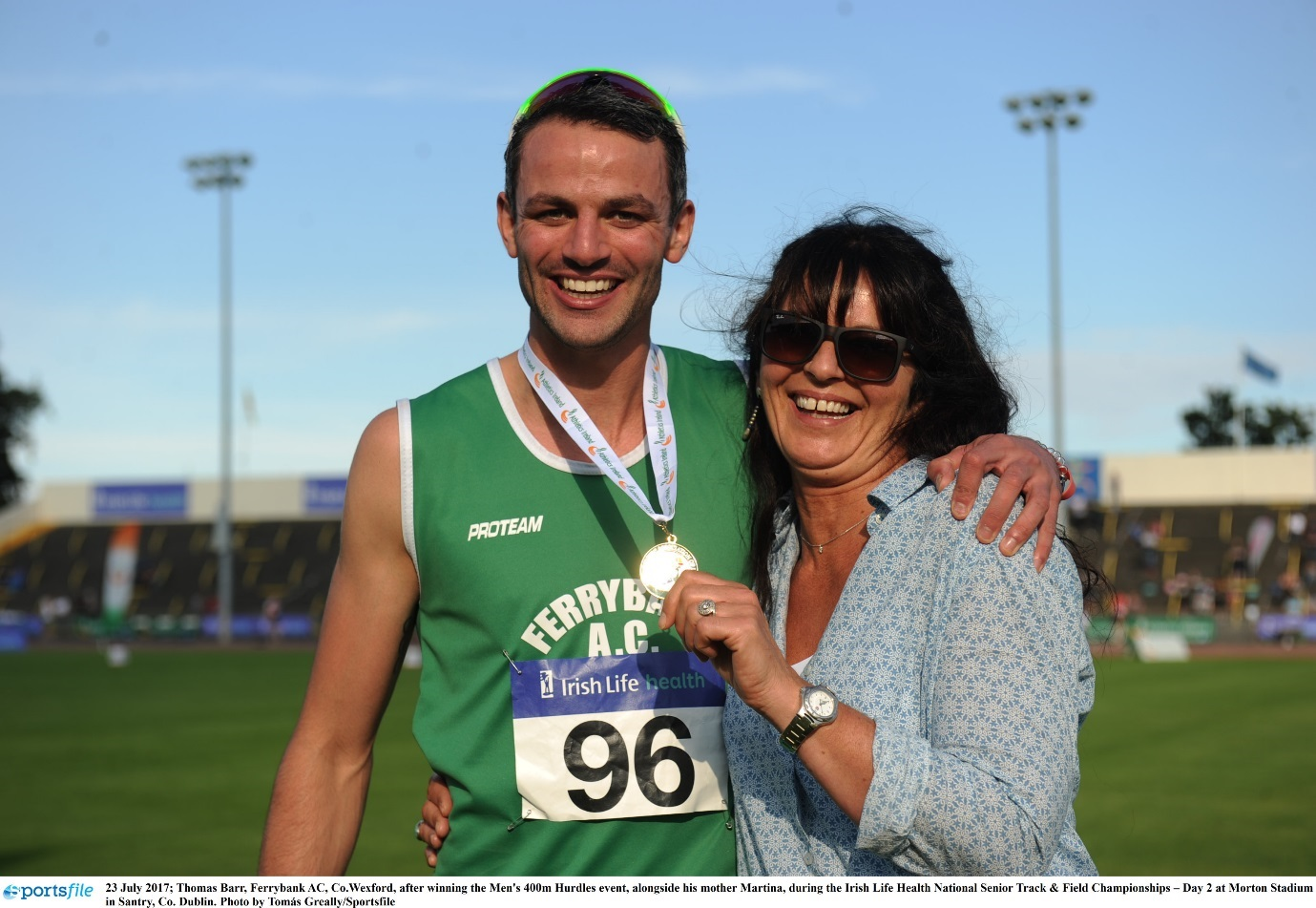 In fact, he found it fairly easy to keep training while at college. “I’d had a routine at school and I just kept it up,” he says. “I’d attend lectures during the day and exercise in the evening. But there were other societies I wanted to join and it was hard to find the time to do everything.”

He credits his training with keeping him physically fit and therefore better able to study. “I find I have better concentration and my mood is improved when I’m training,” he says. “I would encourage everyone to keep fit while at college. I really believe that it will help you achieve better grades in the long run.” 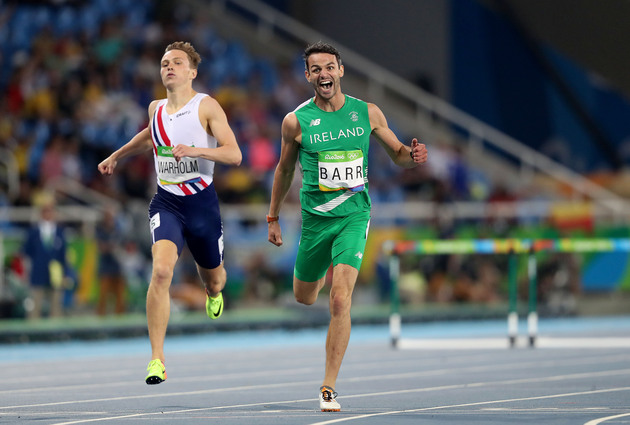 Although Thomas completed his under-graduate degree in mechanical engineering and afterwards did a post graduate in sports science, he opted to become a professional athlete.

He has competed at international level on a number of occasions but the highlight of his career so far, he says, was the 2016 Olympic Games in Rio de Janeiro.

There, he finished second in his heat in the 400m hurdles, and broke the Irish record in the semi-final to qualify for the final. He went on to finish fourth in the final, again breaking the Irish record with his time.

“I never expected to make it to the Olympics,” says Thomas. “I’m aware that only a select few make it through and the fact that I was there at all was an absolute shock. Then, to come fourth in the final – was really something. It was such a great feeling.”

No win however comes without hard work and he currently trains for a minimum of two to three hours per day. “Massive preparation – both mental and physical - goes into every competition,” he says. “For 11 months of the year, I push my body to the extreme and it’s not always easy especially when I get injured.”

It helps that his eldest sister, 28-year-old Jessie Barr, is a professional athlete who also competes at international level. “We’re both in the same boat and both living in Limerick,” says Thomas. “We don’t talk about athletics too much but we do support each other. For example, when I went to the Olympic Games she was able to advise me having competed herself in 2012.”

Currently on a four-week break from training, Thomas will soon be working towards the European Championships in Berlin next August. “I’m enjoying my time off,” he says. “Usually I try to be healthy but my diet has gone by the wayside now. I found myself picking up a packet of crisps and a can coke in the supermarket the other day and it was such a novelty,” he laughs.

He’s now looking forward to getting back to training. “Once you get into a routine it’s great,” he says. “I think that’s the secret, whether you’re in college or you’re not. Make exercise an essential part of your life – it will help you in every way.”