She considers the Olympic Games in Rio de Janeiro last year to be the highlight of her 22-year career so far. But athletics champion Kerry O’Flaherty has participated in countless high-profile races besides.

The 35-year-old from Newcastle, Co. Down, freely admits that without a few key people in her life, her career as an athlete would not have been possible.

One of her unseen heroes is her grandfather Fred Eakin with whom she enjoyed a close relationship until he passed away in 2012. “He was always very active and interested in sport,” she says. “I used to watch athletics on the TV with him when I was young. I loved it but it never occurred to me that I could do it myself.” 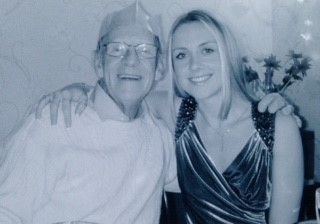 Her parents – Dennis O’Flaherty and Shirley Poole have also played an important role in her career, providing encouragement and support. It was her father who was with her when she won her first race at the age of 13.

“There was a 5km road race, with a junior section of 3km, taking place in Newcastle,” she recalls. “We’d gone along to watch it, and I asked my Dad if I could take part. I was the first girl to come across the finish line, with only two boys just seconds ahead of me. It was such a good feeling to win. And well I haven’t looked back since.”

Kerry continued to take part in athletics at school and found she excelled in cross country and in particular at the 800km and 1,500km races. “I continued to train all through school and into my teenage years, by which time I had won many Northern Ireland junior titles,” she explains.

At the age of 18 she decided to give it up. “I’d been accepted to Ulster University in Jordanstown, Co Antrim, to study sports science and afterwards I completed a teaching qualification in PE,” she says. “I had to commute from home, which took hours every day.”

“I kept fit while at university but I wasn’t really competing during that time, apart from a few races for the University Athletics team” she says. “I thought I’d finished with competitive track running .”

Five years later, once she’d finished at university however, Kerry decided to go back to it. “I just missed it too much…” she says. “I thought why not give it another go so I rejoined my local running club, Newcastle AC.”

It was around this time too that she met another person who has played not just a big part in her career, but in her life in general – her coach and now partner – Richard Rodgers. 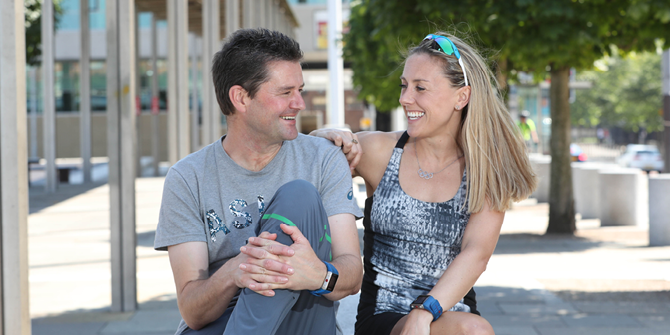 “After I returned to running, I asked him to write a training programme for me,” says Kerry. “It helped me hugely to have some structure in my training and he has been my coach ever since. He encourages me and picks me up when I’m low. He’s not only my coach, but my best friend and my partner for the last 10 years.”

Kerry is also grateful to Mary Peters and the Mary Peters' Trust – a charity, which helps to fund young athletes in Northern Ireland.

“They helped me with a financial bursary when I started competing in the 3000m steeplechase and Mary herself has been supporting my career since, she has given me encouragement throughout and been a great inspiration to me” says Kerry who at age of 30 made the move to steeplechase.

“It hadn’t been a big event for women when I was growing up,” she says. “But I found I was better at the 3,000m distance and was very intrigued by the event.  It has now become a very popular event for women and is very competitive on the European and World stage” 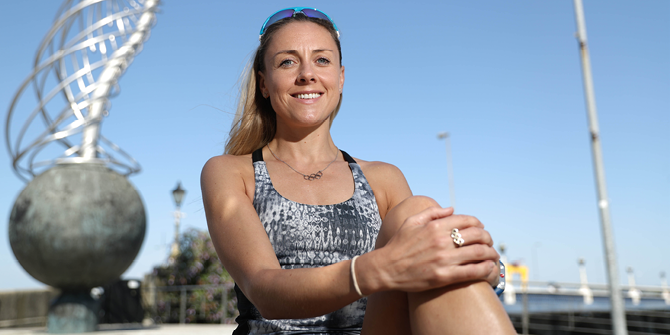 Despite her age, Kerry now plans to work towards making the next Olympic Games in Tokyo in three years time.

“Why not?” she says. “I’m improving all the time in my training and as long as I continue to improve I will keep going.  I spent five years out the sport, so I don't feel 36, I’ve never seen age as a barrier. At this stage in my career, I’ve been through a lot mentally and physically, but I’m a better runner for it.

“And I still love running. I know there will come a time when I have to hang up my running shoes on an International level, but I was always be a runner.”